I’ve been absent from this blog because I am in re-write hell. I had a story that I thought was complete at 55,000 words- it was short because I was targeting the Harlequin Romantic Suspense line. Sent it in and got a rejection letter but it was a great letter- the editor liked it but said it wouldn’t fit what they  needed at the time- She was very encouraging about the story itself- she liked the  heroine and the story line but felt I needed to ramp up the romantic elements. She didn’t say it, but I think it was partly due to the language my character uses.

I then pitched it to another editor- added more words and got it to 70,000- thought the story was complete at that length as well. I sent it to her and she was encouraging as well. She liked it, too but thought it was too short.   Oy Vey!  Too short?

Then, I attended RWA National conference and pitched it to an agent. She wanted it bigger, too.  She asked me to re-evaluate it and send it to her after Labor Day. So, now I’d been told twice to make the sucker longer.

AND I have begun that quest.  Started it on Sunday and am up to Chapter 8. I have added over 8000 words so far this week. I’ve been working two chapters a night for the last couple of nights (did 3 on Sunday)-  It may not sound like much to say I’m working on two a night but this is tedious. I am trying my damnedest not to “pad” the story and sometimes, I add something only to get two pages further down and I already have something similar and have to go back and take out the stuff I just added.   Very slow going.

AND now, I come home and am immediately distracted by a Clive Owen movie. He’s the inspiration for the hero in the story I’m working on. It’s a conspiracy.   I’m sure of it.  But, if I want that elusive contract for a full length book, I gotta buck up and meet the goal I’ve set for myself for the week. Wish me luck!

EDITED TO ADD:  Just got an email that  the newest anthology I’m in has released. It is called Halloween Dances with the Dead and my story is called The True Believers.  It was inspired by the Pensacola Lighthouse and the allegations that it is haunted.  Here are the front and back covers and order info: http://whortleberrypress.com:80/ 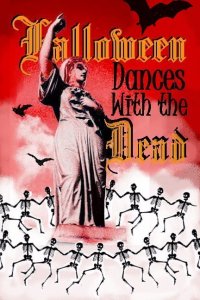