I went to New Orleans last week and one of my friends who had read The Eisenger Element wanted to see the house I had previously taken a picture of as my inspiration for Linc’s house in the Garden District. This house is down the street from Anne Rice’s former home and I loved it the first time I saw it. We actually drove right past it this time as I didn’t recognize it.

We got out of the car when we saw Anne’s house and walked down the road. AND there was the house. Dull, drab and lifeless now. What were they thinking? It had so much character and now it’s awful. Yeah, maybe it’s more dignified but who wants to be vanilla pudding if you can be chocolate truffles with pecans??

What do you think? Improvement or disaster? Link to The Eisenger Element. 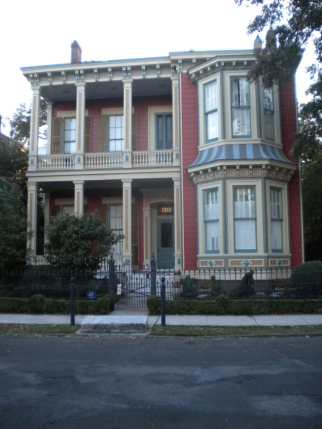 Grab your copy today. Sassy Emilia and sexy Lincoln are a lot of fun.  Check them out here for the kindle version. There’s also a paperback for you folks like me who like to smell and touch paper!  Yep, I’m addicted to paper!! 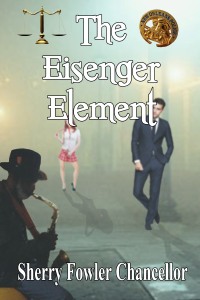 I was thrilled to find The Eisenger Element up for preorder. It’ll pop right into your inbox on release day. How cool is that?  Here’s the Amazon link (which is the only one I’ve found so far). 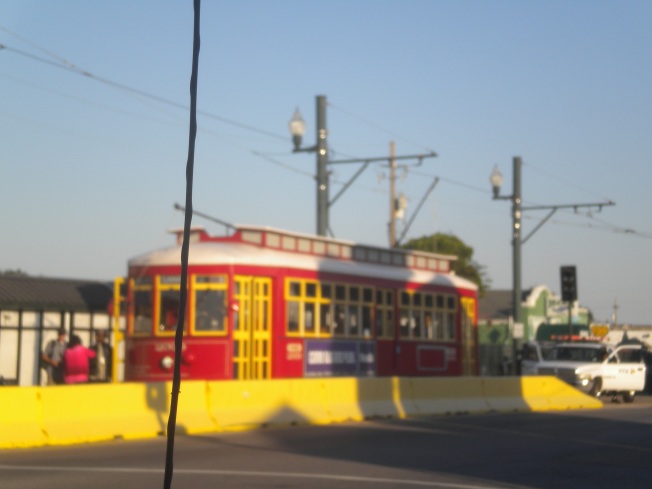 I’m really excited to get this one out there. I love, love the city of New Orleans and the inspiration it gives me. I hope I’ve done the place justice as there’s really no place like it.

Here’s a teaser of The Eisenger Element (release date is Oct 24, 2015) and some more New Orleans pictures.

Wasn’t it bad enough his brother had been wrongly convicted? Now they were trying to hang a rap on him…

“You and your brother are very clever. He’s been convicted of murder himself—”

“Oh, so, in your esteemed opinion, the inclination to murder is something that’s in the genes?” Linc took a step in Emilia’s direction. “First of all, my brother was wrongfully convicted—wrongfully—and secondly, that’s one of the most inane things I think I’ve ever heard in my life.” Linc took another step toward her.

Emilia resisted the urge to back up, as she didn’t want Eisenger to know he’d gotten to her and that she was a bit frightened by the anger in his voice. She threw a grateful glance at Howard as he took hold of Lincoln’s upper arm.

“Hang on, man. No need to threaten the lady,” Howard said.

“She’s no lady and I didn’t threaten her.” Lincoln spread his arms and grinned but to Emilia it appeared to be more of a grimace than an actual smile. “I’m an innocent man standing in his own driveway being needled by an officer of the law. Maybe I need to make a call of my own to the police commissioner. Tell him all about the harassment I’m enduring based on the mere fact that I have a brother in Angola and I have a dead law partner who I couldn’t possibly have had a chance to kill. What do you think?” Linc glared at Emilia. “How do you think that phone call could affect that gold shield that I bet you have had for about five minutes?”

“You don’t have that kind of clout, mister. If you did, your brother wouldn’t be in prison now, would he?”

At that comment, Lincoln did lunge at Emilia. She whipped her gun up and aimed it directly at his chest.

Here is the official blurb for The Eisenger Element.  I’ll share a pic or two of New Orleans as well.

She thought she was ready for the hard cases, but that was before she met him…

Emilia Hammond recently earned her gold shield as a detective with the New Orleans police department and is working on her first assignment, eager to prove herself capable of handling her promotion. After a series of attacks on prostitutes in the French Quarter, she finds herself going undercover to investigate. In the process, she’s called to the scene of a murder at an attorney’s office. She has a good lead, a solid case, until her prime suspect turns the tables on her.

He’s trying to clear his innocent brother, and now he’s a murder suspect himself…

Attorney Lincoln Eisenger is from a prominent New Orleans Garden District family. His brother Myles is in Angola Prison for a murder he didn’t commit. Linc is determined to clear his brother’s name and bring him home. But when his law partner is killed, Linc becomes the prime suspect. Now he has to clear himself as well as his brother, all the while trying to ignore the sparks igniting between him and the spunky female detective he thought was a prostitute.

This one was hard to imagine an appropriate cover. Even the cover artist was at a loss since there is so much going on in this story. I knew I had no idea how to capture the essence of it and I’ve been thinking about it since I finished writing it a long time ago (this was my NaNoWriMo story in 2013)-  I knew a New Orleans Police Department badge was something I wanted somewhere since the heroine is a cop. The scales of Justice was also an idea since the hero is a lawyer. Jack, the cover artist, came up with the New Orleans musician in the corner to give the flavor of the city.

The first scene is the remainder of the cover. In that scene, the heroine is working undercover and the hero is leaning on a lamp post hoping to see her as he wants to assist her to get off the streets because he thinks she’s an underage prostitute. (The inspiration for this story was the Herman’s Hermits song, Leaning on a lamp post– LOL) Check it out here. 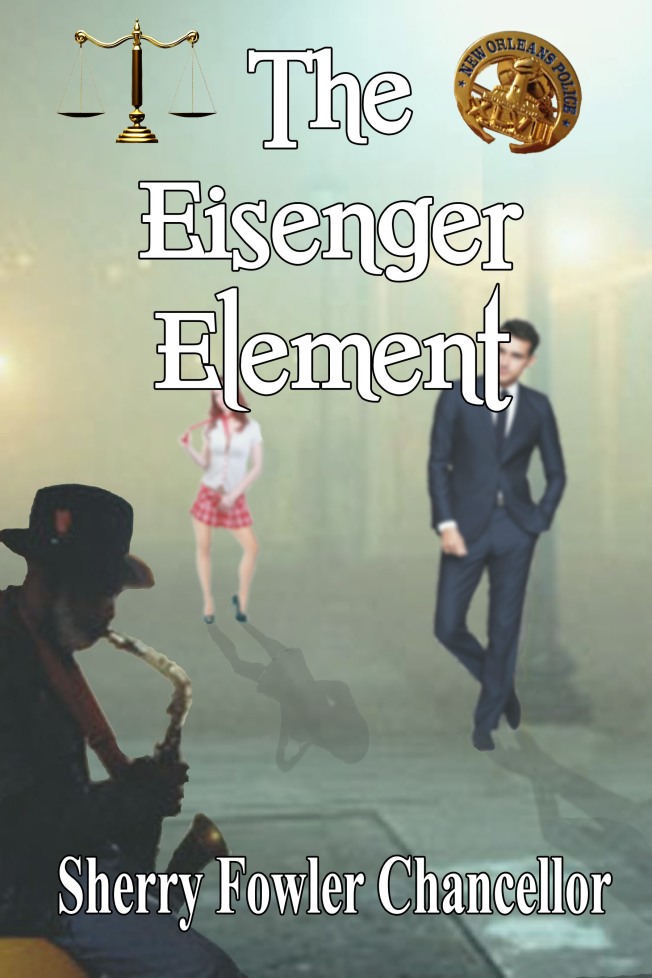 I turned in the first edits on this novel back in February and have been awaiting the second edits patiently. Finally broke down and asked for status again last night and I should have them shortly. There was a computer crash and lots of edits had to be recreated. So, I’m hopeful for a release date soon as well as a cover. I did also learn that the editor loved the story so yay for that. I confess, I was getting scared since it was taking longer than normal. I was thinking it must be a trash book. Writers have such fragile egos! Lol.

I love this story. It takes place in New Orleans, one of my favorite cities. It has a lawyer and a cop as the protagonists and there is even a scene or two at Angola Prioson where they have a rodeo every year. I wanted to use that in a book someday and have now done so. I think it’s awesome that the inmates have something to do to also give back to the community. It’s a real thing and keeps them busy all year preparing.

I hope the world loves this book as much as I do when it comes out. In fact, now that I’ve got it on my mind, I’m in need of a po-boy.