Check out this blog post. Flossie Invited Jillian over to visit and she’s chatting about surfing. Not the internet either. 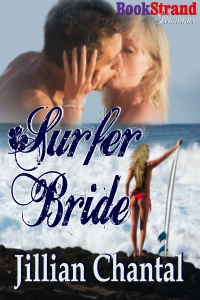 Surfer Bride is on sale for half price through September 29, 2012. BUY LINK

I decided at the end of August to start a new novel with Venice as the setting. I’m totally a pantser when I write which is defined as not writing from a plot outline but from the seat of the pants. I usually start with protagonists’ names and not much else. Here are the notes I started with for this Venice story with no title

yet. Fourteen days after I started writing, I had the first draft done. Ready now to polish and make it pretty enough to send out.

Venice. He’s a water taxi driver – they meet when he drives her from train station. She thinks he’s a lowly driver but he actually owns a fleet of them.

She’s an architect? Artist? She’s there to do research for something or paint?

He calls her Carlotta.

Yep, That’s all I had. I amaze myself sometimes when I think that from such a small seed, that a whole story can grow. This was a record first draft for me and I’m super excited about how it turned out- maybe I won’t be once I read it again! LOL!

Another new book by Jillian is out today. It’s a romantic adventure set across the globe. Here’s the link to buy and here and here (scroll down) are links to blog posts about it. 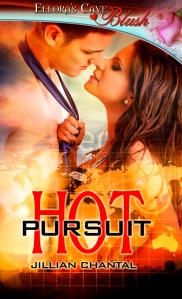 Today is release day for Jillian Chantal for a beach short story. Check it out here.

My friend Jillian is blogging today here about naming characters. One of the hardest things can be getting that character name just right. Sometimes the writer has to change that name mid-book if the character just isn’t responding. How many times have you had to do that as a writer?