Dracula’s Death is a retelling of a Hungarian silent film that has been lost to time. The author has meticulously researched this film as well as the novelization of the story. He has translated the tale from Hungarian and it’s a gem of a story. This is not your standard Dracula tale. This one involves a mental asylum, a young girl in love but sad due to her father’s impending death, and a lot of creepy inmates of that asylum. The heroine is a sweet character and I found myself rooting for her throughout the story.

The story is evocative and well-told. The descriptions are lovely and this reader was transported to the snowy mountains of Europe just reading the prose. The illustrations are also lovely and amazing. Even the cover of the book is delicious. I very much enjoyed this story and appreciate the efforts made by the author to translate this to English as otherwise, it wouldn’t be available for us here to enjoy.

After the story—which is very creepy and exciting—the author shares his research into the film. He translates many articles that were published during the time the film was being made as well as publicity ads during the era of the release of this silent film. Photos are also shared that bring this movie to life. It’s sad that its been lost to the annals of time, but wow—good job to Mr. Tamasfi for his work in bringing it to us—as well as the articles about it—and the Mr. Svab for his wonderful illustrations.

If you like horror or Dracula tales, this one shouldn’t be missed as it’s a different take on a popular character and suitably creepy. If you’re a film buff—silent or talkies—this is a great resource for a missing piece of film history.

It’s out in the world now. The Thirteenth Gate is a Christmas story about a runaway. It’s a magical tale.

Clarissa, a teen raised in foster care, runs away in the middle of a Christmas snow storm and learns valuable lessons from a mysterious old man who may hold the secret to her future. 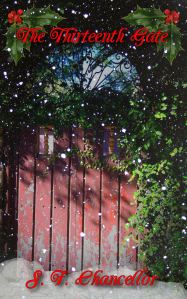 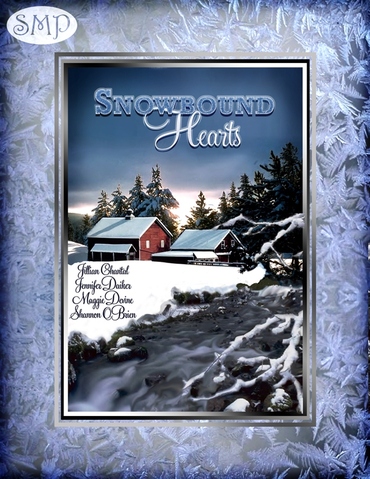 Today is the release day for a new Anthology from Still Moments Publishing. There are four romance stories that are related to being snowed in. The cover of this book is pretty spectacular to me.

I hope you’ll pick up a copy for reading in front of your own fire on a cold winter day. A cup of cocoa, a cozy chair and a warm blanket will be all you need to add to escape on a few romantic adventures.

Jillian is guest blogging here and talking about the inspiration for her story http://libertysspells.blogspot.com/2012/01/jillian-chantal-is-visiting-us-in-spell.html